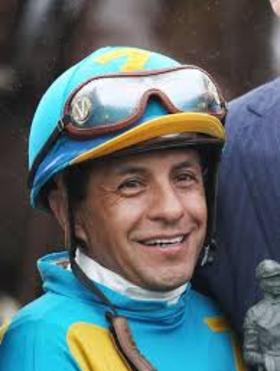 From goat farming to Jockey Immortality

The eleventh of twelve children Victor was born in 1972 on a dairy farm in Hidalgo, Mexico.  Since little he enjoyed riding horses and at 15 he traveled to Cancun to assist his brother as a Horse trainer.  At 17 he paid for jockey school by driving a bus in Mexico City.  Within a few years, Victor was racing at Mexico City’s track Hipodromo de las Americas winning his first race in 1992.

In 1994 Victor moved to Northern California as apprentice rider at the Bay Meadows where he did not speak English.  After years of hard work in 2000 Victor won the Breeders’ Cup and in 2002 both the Kentucky Derby and the Preakness Stakes.  Between 2000 and 2006 he averaged 193 wins per year obtaining in 2013 his 3,000th career win.

Ridding the horse “American Pharoah” in 2015 Victor became a legend being the first jockey in almost 40 years to win the “triple crown” the Kentucky Derby, the Preakness Stakes and the  Belmont Stakes.  Victor donated all of his winnings to the City of Hope charity to fight childhood cancer.

Asked how he felt after his winning Victor Espinoza said he felt like “the luckiest Mexican on Earth.”

​
With thousands of wins and now a historical Triple Crown victory to many Victor has become the best jockey in horse racing history.
More info http://www.victorespinoza.com