​Diana Rivero was born in 1986, in Mexico’s central City of Ecatepec, Estado de Mexico.  After graduating from high school in Villahermosa, Tabasco, Diana’s obtained a Political Science Bachelors degree from Mexican University UPAEP.  During this time Diana also got an International Relations specialization from Université Catholique in Lyon, France.

Diana continued her studies at the United Nations University in Maastricht, The Netherlands, school that only accepts 100 students per year.  In 2014 she graduated with a double Masters Degree in Science, Public Policy and Human Development and Migration Studies.   In order to bear the costs to study abroad, Diana applied and won a highly pursued Mexican Government full scholarship for graduate students.

of Migration.  Currently she holds a position as Business Developer and Lead International Business Consultant at a Houston, Texas based company providing consultancy and technical in the oil and gas industry.

Diana is an active member of various professional associations including the Association of Mexican Entrepreneurs in the United States, the American Petroleum Institute and the International Association for Drilling Contractors.

When asked what means to be a Mexican in the United States Diana responded that as a Mexican she is very proud to contribute in an American Company also saying, "I’m not a rapist, I do not have lots of problems, I do not bring drugs, I’m simply Mexican and proud of it". ​ 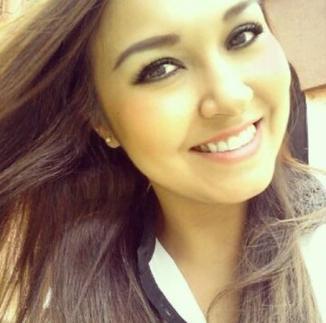