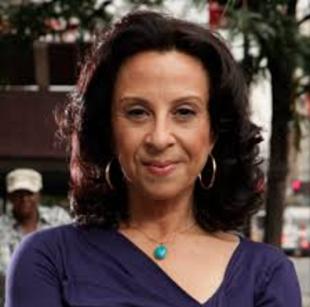 Daughter of a Medical Doctor and a social worker Maria was born on 1961, in Mexico City, Mexico.  In the early 1960’s the family moved to Chicago as her father obtained a professor job, although the family kept frequently travelling to Mexico to visit relatives.  Maria attended the University of Chicago High School and later enrolled at Barnard College, time when she had her real first journalism experience doing a Spanish Language Radio program at the Columbia University student station.  Maria eventually became program director for the station.  In 1985 Maria graduated magna cum laude with a degree in Latin American studies and was offered an internship with the National Public Radio (NPR) in Washington, D.C.

In 1997 she joined CNN as urban affairs correspondent and during eight years aired stories normally overlooked by traditional media.

In more than 25 years as a journalist Maria has anchored and produced many projects including PBS’ “America By The Numbers” and “Need to Know” series and La Plaza talk show “One-on-One”.

Maria has been recipient of many awards including four Emmys; a Peabody Award for her radio show Latino USA; the 2012 John Chancellor Award for Excellence in Journalism and the Robert F. Kennedy Award for Reporting on the Disadvantaged.  In 2010 she received the Honorius Causa Doctorate from DePaul University in Chicago, university in which she also teaches as the Sor Juana Inés de la Cruz Chair of Latin American and Latino Studies.

Maria now a US citizen is the author of two books, a weekly syndicated columnist and has been considered among the top 25 Latinos in Contemporary American Culture by the Huffington Post.