Born in a rural area of Puebla, Mexico and due to the lack of opportunities Felix moved to New York City in 1970, he was 25 years old.   With only a sixth-grade education and not being able to speak English, Felix spent his first years washing dishes.  Eight years later Felix and his wife saved $12,000 and bought a tortilla press as he noticed the lack for real Mexican products.  During the day Felix worked in a factory and spent evenings and nights making tortillas and selling them door-to-door to New York’s Mexican community.

Felix’s Company Puebla Foods, Inc. grew into a leading brand multimillion-dollar business distributing tortillas, chips, dried chilies and other Mexican products all over the Northeast supermarkets.  At one point his company had 60% of the local retail tortilla market, employing more that 100 people and producing more than 30 tons per day.

In 1992 Felix Sanchez was named by Forbes magazine the “Rey de la Tortilla”.

In a 2009 visit to Mexico Felix said, "My greatest pride is to have been born in Mexico, keep my traditions and roots”. 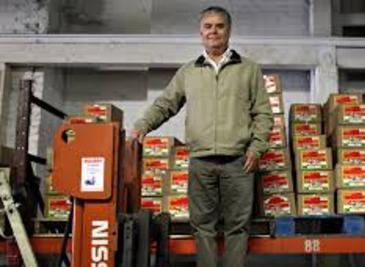