Born in Guadalajara, Mexico in 1955, she was the fifth of six siblings.  In 1961 her mother moved to California and with little education worked long hours at a poultry processing plant to provide the family, but all the children helped cleaning houses to make their way.  Maria that initially did not speak English got to skip a grade on third grade and while in high school worked at a jewelry store.  Wanting to be a schoolteacher Maria enrolled at California State University majoring in Public Administration and Political Science.   Maria worked for a local state assemblyman member of California committee on education and later went to the private sector and work at Westinghouse as government relations job.

In 1995, Maria started her own research consulting company specializing in Latino marketing.   In 1999 Maria became the state's first Latina cabinet official, serving five years as secretary of the Business, Transportation and Housing Agency.  Later she was co-founder and president of Fortius Holdings a private equity firm that provided capital to small California businesses.  In 2006, she founded of ProAmerica Bank a financial institution aimed to assist small and mid-size businesses, mostly in the Latino community.

During her nomination in a special ceremony at the White House Obama praised Maria as a champion of family owned businesses.  Obama also recalled "Maria told me a wonderful story about how her grandmother, back in Mexico who was a migrant worker, said to her that if she worked hard, studied, stayed in school, that someday she'd be able to work in an office as a secretary and really make her proud, and she ended up being the Secretary of Business Development and Transportation in California." 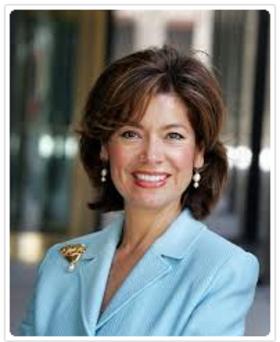