From Undocumented Immigrant to Vice-president at Goldman Sachs

Originally form Taxco, Mexico Julissa at age 11 came to the US to live with her parents who had a waffle stand in San Antonio Town Square.  Julissa’s mother saw education as a priority and with hard efforts paid the tuition at a Catholic school, she was a straight-A student.  At 14 Julissa’s tourist visa expired and she became an undocumented immigrant.

Thanks to a newly enacted law that allowed undocumented students to enroll Julissa was accepted at the University of Texas in Austin.   While in college her parents return to Mexico and Julissa paid her way through college working the weekends at the waffle stand 80 miles from her school.
In 2004 she landed a summer internship at Goldman Sachs.  After graduating in finance in 2005 she was asked to return full-time.  In 7 years at Goldman Sachs Julissa grew from intern to Vice-president.   By 2011, Julissa was making around $400,000 a year.

Julissa left Goldman and is now a US citizen. Today she campaigns for undocumented immigrants.

Goldman CEO said in a statement: “Wouldn’t it be great if we could give a home to more of the talented young people who come to this country for an education and want to apply their energy and skills to supporting our economy?”
More info http://julissaarce.com/press/ 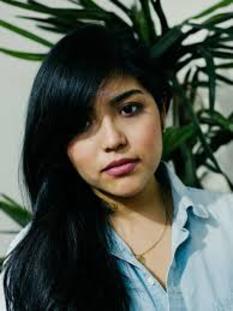