After law school, he began his career at the U.S. Treasury Department’s Office of Enforcement serving as Senior Advisor to the Under Secretary from 1997 to 1999 and later clerked for Chief of the U.S. Court of Appeals for the Ninth Circuit.

In 2001 Mariano-Florentino joined the Stanford Law School as a law Professor.  He later held position at the University’s research institution Freeman Spogli Institute for International Studies (FSI) a research and education institution responsible for overseeing Stanford’s centers focused on international affairs. From 2011 to 2013 he served as Director of the university's inter-disciplinary Center for International Security and Cooperation (CISAC). During the years he led FSI and CISAC, Mariano-Florentino Cuéllar led university-wide initiatives on global poverty and on cybersecurity, and expanded the Institute’s programs on nuclear security, health policy, migration, and international education.

In 2008 to mid 2009, Mariano-Florentino co-chaired the Obama-Biden Transition Immigration Policy Working Group.   From 2009 to the summer of 2010, Mariano-Florentino took leave from Stanford Law School and served as Special Assistant to the President for Justice and Regulatory Policy at the White House in which he worked among other things, on civil rights policy, enhancing regulatory transparency, and strengthening border coordination and immigrant integration.

In July 2010, the President appointed him to the Council of the Administrative Conference of the United States, an independent agency charged with improving the efficiency and fairness of federal regulatory programs.  From 2011 to 2013, Mariano-Florentino co-chaired the congress created National Equity and Excellence Commission to help

develop ways to close the achievement gap in public schools.

Justice Mariano-Florentino is a board member of the Constitution Project, a non-profit think-tank that builds bipartisan consensus on constitutional and legal issues. He is also member of other several organizations including, the William and Flora Hewlett Foundation, the American Law Institute, the American Bar Foundation, the Center for Advanced Study in the Behavioral Sciences, Stanford Institute for Innovation in Developing Economies, Stanford Center for International Security and Cooperation.  In 2012 Justice Mariano-Florentino Cuéllar was a Barbara Herrell Bond distinguished lecturer at Oxford University.

Justice Mariano-Florentino Cuéllar is expert on administrative law, executive power, international law and the law of public health and safety and has written books, chapters, and articles.

Today Justice Mariano-Florentino Cuéllar has been mentioned among potential nominees to fill the vacancy on the U.S. Supreme Court after Justice Antonin Scalia’s death on February 2016.

When asked Samuel Bagenstos, a law professor at the University of Michigan said of Justice Mariano-Florentino Cuéllar “He’s a brilliant guy. He’d be the justice with the most wide-ranging intellect since William O. Douglas.” 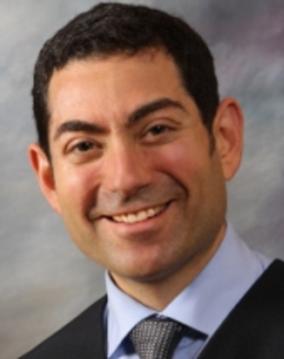