From dishwasher to Clothing Millionaire

Jaime Lucero was born in 1957 in Puebla, Mexico.  In 1975 with no resources and only a junior high school education he moved to the United States. Jaime did not speak English.  Three days after his arrival to New York Jaime found his first a job as a dishwasher at a Queens seafood restaurant. He worked for six years before he was able to buy a used truck and began his own delivery business.   By 2002 the company had a 25-truck fleet that distributed to 47 stores, including Saks Fifth Avenue and JC Penney.  In 1993, Lucero established Golden and Silver Inc. today one of the largest importers and distributors of high-end clothing in the United States. Currently his enterprises employ thousands of people with more than 250 employees in New Jersey alone.

Jaime has been recipient of many awards for both his business and outstanding philanthropic work.  Since 2014 the Institute of Mexican Studies at Lehman College is named under his name.  In 2015 he received the Honorius Causa Doctorate from the same University.  He is founder and president of "Casa Puebla New York" a nonprofit organization dedicated to support and promoting Mexican culture and traditions.
Jaime has become an example of persistence and hard work for the Mexican immigrant community.

Lehman College President said, “Mr. Lucero is creating a pathway for others to get an education, achieve their goals, and partake of the American Dream.”
More info http://jaimeluceroc.info 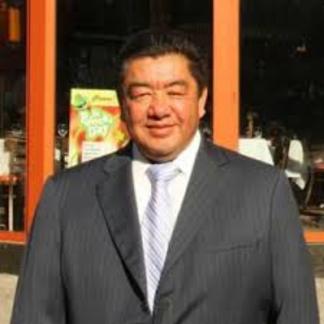