​Alfonso Molina was born in 1980, in Mexico’s Northern city of Hermosillo, Sonora. As a child, Alfonso always dreamt of becoming a musician. He commenced his musical career at age 8 taking piano lessons, a few years later he also taught himself how to play the guitar.  After some years performing with different Cuban and African-Cuban bands, Alfonso found his call for composition and began writing his own original music.

Alfonso pursued his composer goals enrolling and later graduating at Manhattan School of Music in New York.  He later obtained a Doctor of Musical Arts degree in composition at the University of Arizona.  Dr. Molina also have postgraduate composition studies at the Mannes College of Music at The New School in New York.

In 2003 Alfonso started working in what would be his first widely recognized piece composing the soundtrack for “De Nadie – Morir Cruzando,” or “No One – Die Crossing,” a film about Central-American immigration.  In 2006 the documentary premiered in the Sundance Film Festival – the largest independent film festival in the U.S., winning the Audience Award in World Cinema – Documentary.  Since then Alfonso has been making a name for himself as a composer.  His work compromises collaborative works with choreographers, theater companies, and soundtracks of many other independent films and documentaries including and “La Patrona” a Cannes Official Selection Winner.

His award one-act opera titled, “Illegal Alien,” explores themes such as immigration, xenophobia patriotism, and human rights.  The opera had its premiere in Arizona on February 2014 and later on, that same year had its premiere in México.  Illegal Alien was also awarded the Advocacy Award at the Boston Metro Opera (BMO) and will be part of Boston´s outreach ongoing educational programs.

Alfonso has been recipient of numerous awards and scholarships from different organizations, including The American Society of Composers, Authors and Publishers, Columbia University, New York University, Boston Metro Opera, The National Fund for Culture and Arts of Mexico, The Manhattan School of Music, the University of Arizona, Sonora´s State Fund for Art and Culture.

Currently Alfonso’s works include composing the music for a folk-opera in New York based on Gabriel’s García Márquez, novel “Cronica de una Muerte Anunciada”.   Additionally he plans to teach music at a U.S. University.

When asked what means to be a Mexican,  Alfonso said “to be Mexican is to be courageous, creative, innovative and tireless.  I strongly believe that Mexicans vastly contribute to the enrichment of the United States in many ways”. 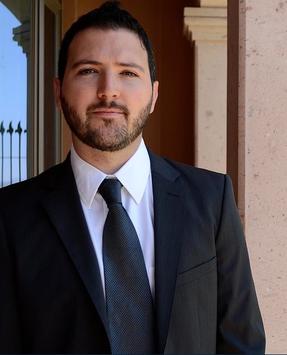