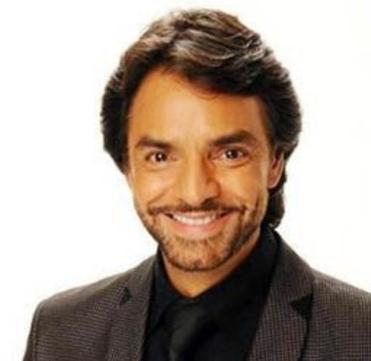 The son of a renowned publicist and a well-known Mexican actress, Eugenio Derbez was born in 1961 in Mexico City, Mexico. Since early childhood he developed interest in acting landing his first roles at age 12 as extra in Mexican soap operas.  Eugenio kept acting during his school years and at age 19 began studying acting at Mexican Network Televisa's Acting School.  He also studied the career of filmmaker and graduated as a film director from the Mexican Institute of Cinematography and Theater.

In the late '80s and early '90s. Eugenio regularly participated in weekly Mexican TV shows.  Not long after he became a Mexican household featuring and producing his own comedy series, "Al Derecho y al Derbez" and later the surreal family sitcom "La familia P. Luche" which is one of Spanish Language longest running and most successful sitcoms ever in the United States.  The show continues to air every week in Mexico and all over Latin America, and in the US on Univision's Network Reruns.

In 2007, Eugenio starred his first non-comedy film Under the Same Moon receiving excellent reviews.  Eugenio has also appeared in a number of successful and critically acclaimed films including "Sangre de mi Sangre", which won the Grand Jury Prize at Sundance in 2007, and "Girl in Progress" with Eva Mendes.

Despite his enormous popularity with Spanish-speaking audiences throughout North America, Derbez never officially broke through to English speaking viewers until 2011 when he starred in Adam Sandler's "Jack and Jill" and later on the CBS sitcom "¡ROB!"

with the actor Rob Schneider. He also performed on Broadway in the play "Latinologues" that ran at the Helen Hayes Theater.

In 2013 Eugenio co-wrote, starred and directed the film “Instructions Not Included”.  Upon its release the film became the all-time highest grossing Spanish-language film in the United States and worldwide, earning over $100M, being one of the top five most successful foreign films in U.S. history.  The movie success served audiences recognize Eugenio as one of the biggest name in Spanish-language comedy.

Eugenio was also the Spanish-language voice of Donkey in the animated films Shrek and Shrek 2.  He also voiced the dragon, “Mushu,” in the Spanish version of Disney’s “Mulan and one of the characters in the film A Beverly Hills Chihuahua. Eugenio has been host of Univision’s Premio lo Nuestro and the Latin Grammys.

Eugenio who in 2014 was recognized by Variety as the #1 most influential Hispanic male in the world, will be honored with the 2,576th star on the Hollywood Walk of Fame.