Born into a migrant farm working family from Mexico, José – who didn’t learn English until he was 12 years old, became the first migrant farmworker to become a NASA astronaut.

After a successful career as an engineer and scientist in 2004 was selected as part of the 19th class of U.S. Astronauts.

On August 28, 2009 his dream to reach the stars was realized as he was assigned to the Space Shuttle Discovery mission as the flight engineer.
Jose’s inspiring story of perseverance and hard work is a true fulfillment of the American Dream.

Read the full Article on http://wolfmanproductions.com/jose-hernandez/​​ 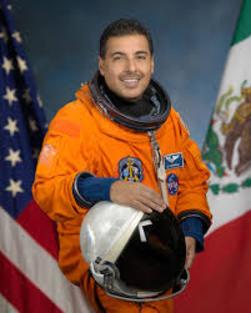