Born in Mexico City in 1943 Mario Molina studied chemical engineering in Mexico and in 1968 moved to the US to obtain a Ph.D. at the University of California.  After graduating he continue his research on the effect on Earth's upper atmosphere of man-made compounds.  In 1995 he won a Nobel Prize in Chemistry for his work.

Ph.D. Molina is a professor at the University of California; Director of the Mario Molina Center for Energy and Environment and a member of the President’s Council of Advisors on Science and Technology.

On August 2013, President Barack Obama announced Mario Molina as a recipient of the Presidential Medal of Freedom citing

“Mario Molina is a visionary chemist and environmental scientist. Born in Mexico, Dr. Molina came to America to pursue his graduate degree.  He later earned the Nobel Prize” 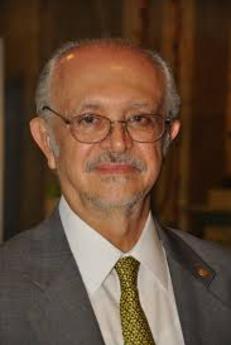