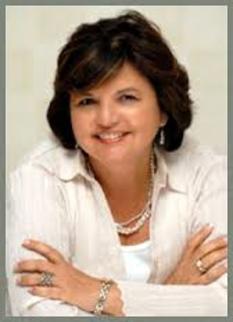 Born and raised in Mexico City in early 80's Ms. Sobrino’s moved to Los Angeles to open an office of her travel agency but the economic conditions led her to close.  That did not stop her entrepreneur attitude as she came up with the idea to offer what is a popular dessert in Mexico but - back then - was a novelty to the US - ready-to-eat gelatin.

Based on her mother’s recipe, in 1982 she founded Lulu’s Dessert Corporation, first producing 300 cups a day.  Today her company employs more than 100 people and sells more than 60 million dessert cups a year with retailers such as Wal-Mart.

Maria de Lourdes Sobrino has been recipient of many awards including representing “Small Businesses” in President George W. Bush’s, Economic Forum.  She is an active member of the community and member of the advisory board of several companies and organizations.